This is a USB powered color changing electric sheep. 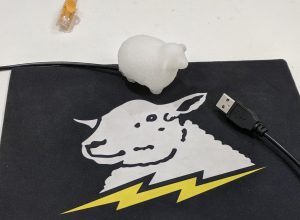 Simply plug the USB 2.0 A connection into any computer USB or phone charger port.

Set the brightness via the adjustment wheel above the USB cord.

Change scenes via the button located under the sheep’s rear right foot.

The scene order cycles starting with Fire as follows:

The body is 3d printed in Natural PLA at about an hour and fifteen minutes per sheep.

The model comes from Thingiverse, and is modified using Autodesk Fusion 360 to create the cavity, and Blender to cut and export the final STL mesh. 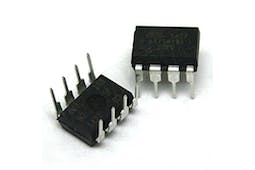 The light is implemented via a Neopixel-like WS2818b LED strip 3 LEDs long. An ATtiny85 microcontroller runs the LEDs, the dimmer wheel, and the scene change button.

The ATtiny85 was flashed with Arduino code, using the FastLED library and the slow-color-changing example code with modifications to set brightness.

The wiring for this was surprisingly hard. I was certain there was more than enough space, but of course I ran out anyway.

A pcb is a must for moderate production and up.

The push button cavity was too small (x,y), the uC cavity too shallow, and the led cavity at an awkward angle.

The USB cable comes out at an off center angle.